John Bakeni: “The attacks on Christians in Nigeria are repeated more and more” 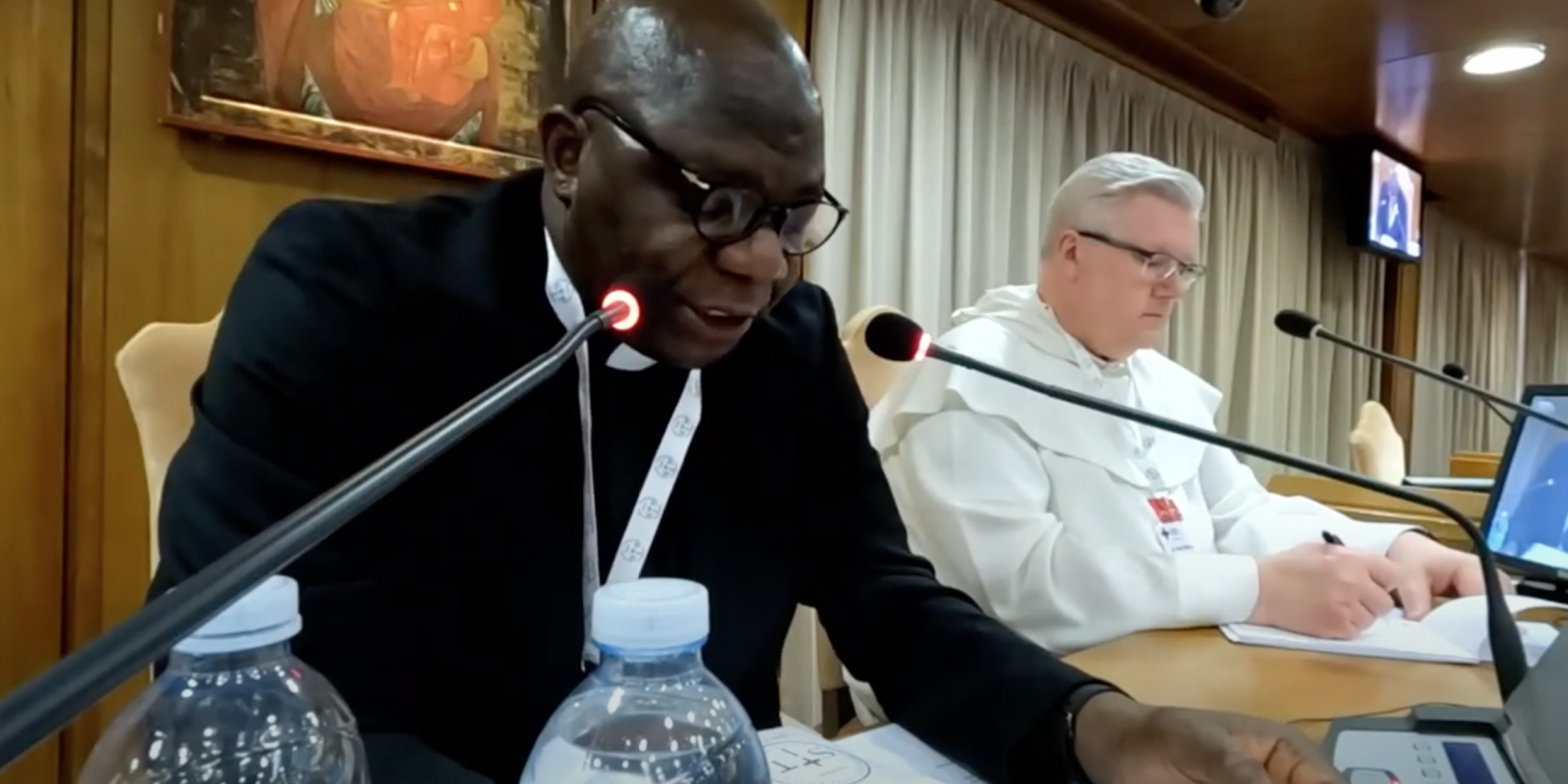 John Bakeni: "The attacks on Christians in Nigeria are repeated more and more" 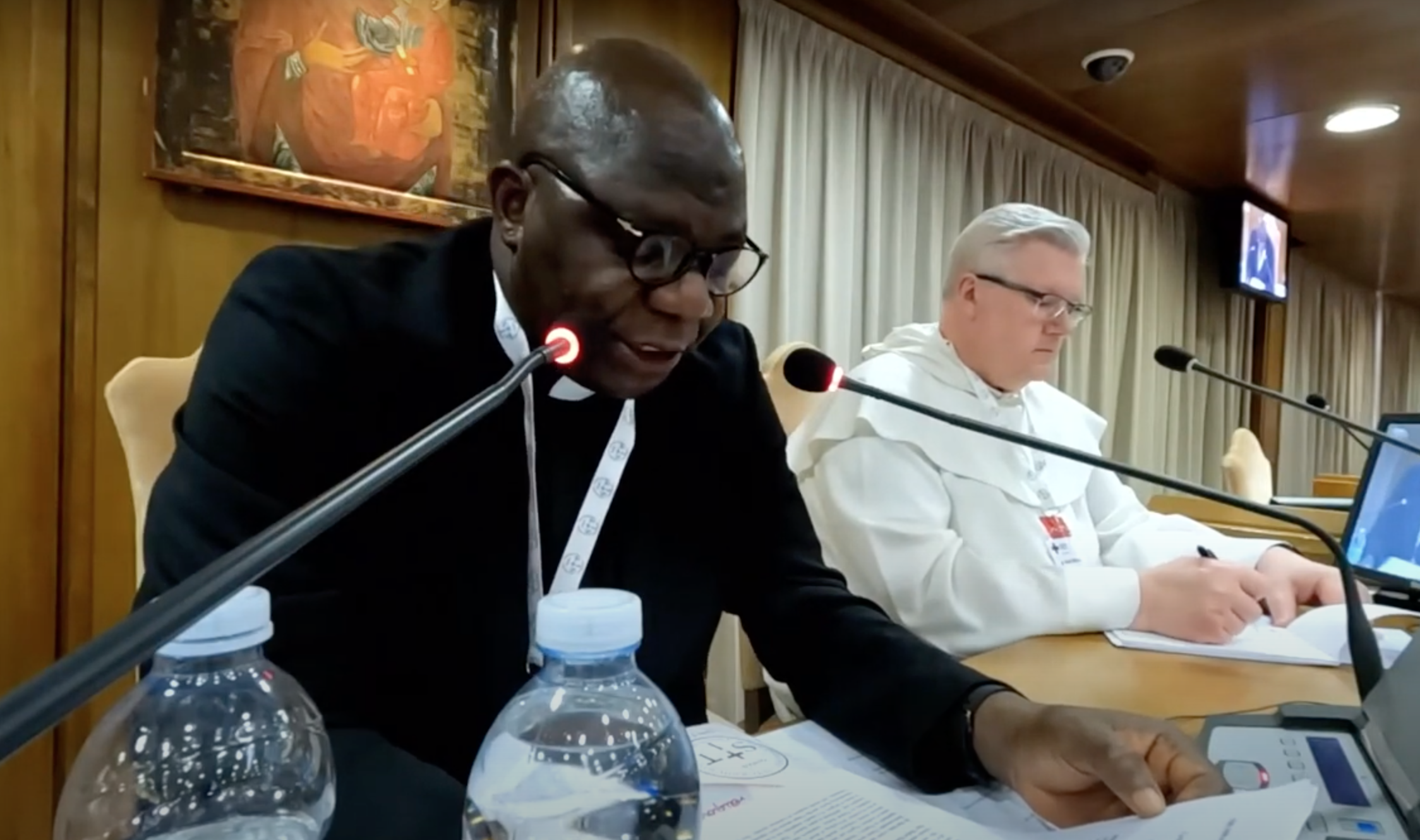 Last Sunday, the Church of Saint Francis in the town of Owo, Nigeri, was attacked by a group of radicals.
It is still unknown who the group of men who committed the attack are and the count of dead and wounded continues, although some media estimated at least 50.

After the events that occurred, we interviewed John Bakeni, bishop of the Diocese of Maiduguri-Northeast Nigeria to tell us more about what happened and the situation of Christians in Nigeria:

Q: Do you have any more information? Is it known who the group that committed the attack was? Is the final number of deaths and injuries estimated?

ANS: The reports on the exact number of casualties of the massacre in St Francis Catholic Church Owo on the 5th of June 2022 is conflicting. Some put it as over 30 people were murdered, other sources say over 50. This is because there were those who died on the spot, others died in the hospital as the result of the injuries sustained, and it includes women and children. 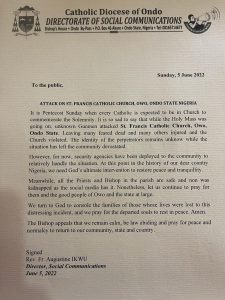 Q: In line with what happened, according to data offered by Open Doors, in Nigeria they kill 20 Christians per day, is that fact real? How is the situation of Christians in Nigeria?

ANS: I do not know where Open Doors get their figures but I think it is a bit on the high side, it may be less or more in a day just the like case of St. Francis Catholic Church in Owo which is way above 30 people.

The situation of Christians in Nigeria, especially in the North is quite challenging and a difficult one as they have to put up with one form of persecution or the other. Their basic human rights are denied most often. They suffer discrimination, social and political exclusion. They are killed sometimes, or abducted /kidnapped. There places of worship are destroyed or vandalized. Our girls are forcefully married out against their will.

Q: Boko Haram and the Islamic State are the main perpetrators of the massacre, do you agree? Why do you think this is happening?

ANS: The identity of those responsible for the massacre has not been revealed, but from past precedence and activities, style and modus operandi, it points to Boko Haram/ISIS, or Herdsmen, bandits as the case may be.

Q: What is the role of the Government and the security forces in all this problem?

Q: What message would you like to send to the world about the situation of Christians in Nigeria? What solution do you think should be taken so that all this massacre stops happening?

ANS: First of all, we need your prayers, secondly, the Christians, especially those who suffer discrimination and exclusion, those who are displaced and have lost their means of livelihood need financial and material support to be able to cope with life and maintain the faith.

The international community must intervene to influence the government to do what responsible leaders need to do. To strengthen our democratic institutions and to enthrone rule of law in the country and the make sure people are treated equally and fairly.

Q: What is the daily life of a Christian in Nigeria like?

ANS: I think it is good to underscore the fact that Christians and Muslims are at war in Nigeria, No. The population of adherents of both religions does not allow or justify that. However, Christians, living in the northern part of the country which is predominantly Muslim are the ones that are exposed to those dangers mentioned above. Apart from that, Christians go about their normal businesses but conscious of t